Assess individuals’ likelihood of unsafe behavior and risks of incidents

Not all work-related injuries are the same. A small cut that requires no more than antiseptic and a bandage and a serious cut that requires 50 stitches, tendon damage, and five days of rest plus another month of restricted work are both injuries. The former, however is not considered to be an OSHA recordable incident whereas the second one would.

According to data from the U.S. Bureau of Labor Statistics, slightly more than one-half of the 3.7 million private industry injury and illness cases reported nationally in 2010 were of a more serious nature that involved days away from work, job transfer, or restriction – commonly referred to as DART casesi. In other words, over 50% of all injuries were severe enough to lead to loss of work, restricted duty upon return, and/or transferring out of the original job.

While there are many factors that contribute to safety incidents, it’s clear that some individuals are more likely to engage in high risk, unsafe behaviors than others. For instance, 20% of drivers account for almost 80% of all driving accidentsii. That 80/20 pattern is similar to what is found in other industries for negative behaviors, including safety. As an employer, the key is to have an accurate way to identify those high risk individuals early in the hiring process before they become employees.

The SafetyDNA® assessment was developed specifically to assess an individual’s likelihood of unsafe behavior and elevated risks of safety incidents. The assessment is based on the SafetyDNA four factor model.

The assessment, along with its accompanying Insight Workshop, is primarily used as a development tool to help current employees gain insight into their safety risk factors, thus increasing awareness and changing behavior. However, it can also be used as an effective up-front filter in the hiring process to screen out high risk candidates before they enter the organization. This paper focuses on the accuracy of the SafetyDNA assessment at identifying individuals in that high risk category and the impact on actual safety outcomes. 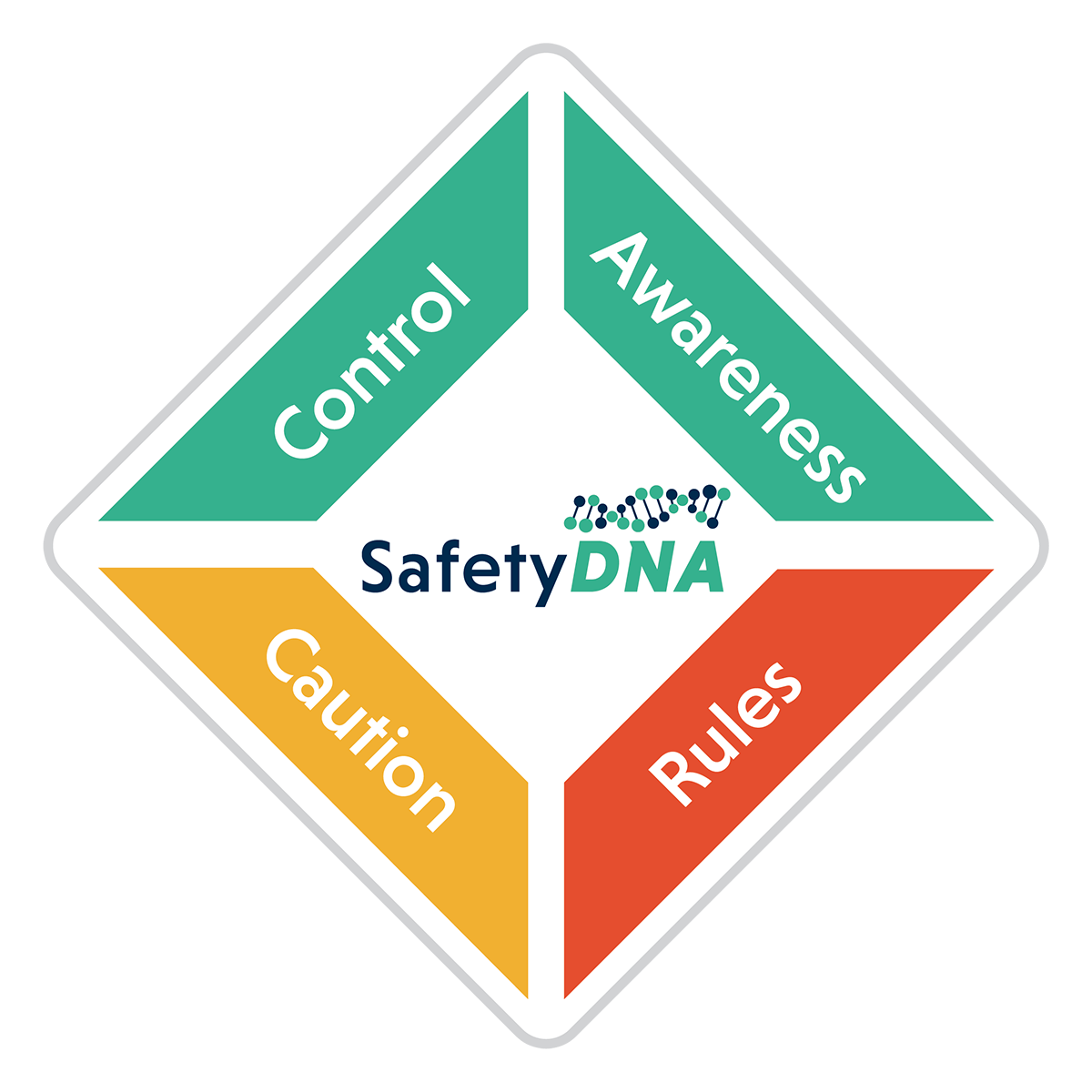 As part of a larger study, we administered the SafetyDNA assessment to a group of 796 hourly employees from three different organizations representing oil and gas, paper products manufacturing, and construction materials manufacturing. Information was obtained regarding the number of safety incidents as well as the severity of those incidents over a 36-month period.

As a pre-employment screening tool, the assessment provides a final category rating based on a composite of the three safety factors: At Risk, Monitor for Compliance, and Safe.

Because safety incidents do not always result in someone being hurt (e.g., near miss) or hurt seriously enough to be OSHA recordable, we looked more closely at serious injuries and incidents within each SafetyDNA category. When someone in the At Risk category was involved in a safety incident, 46% of the time, it resulted in a serious injury. This is in comparison to 28% for Monitor for Compliance and 4% for the Safe category. 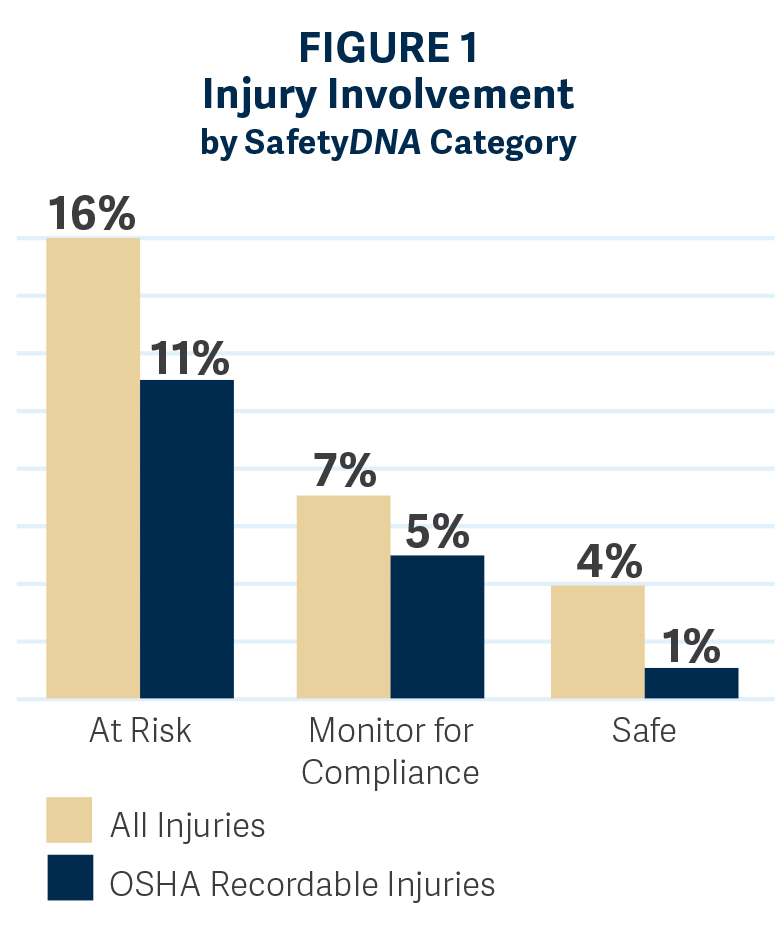 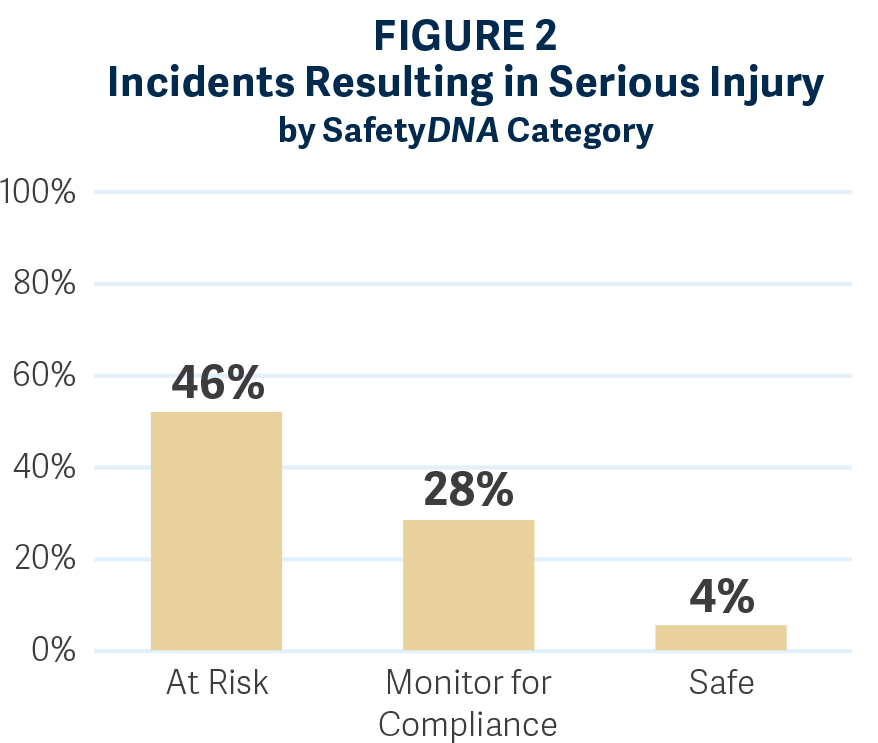 These are powerful, statistically significant findings. Individuals in the study worked alongside each other in a wide range of positions, performing similar work, with the same supervisors. Yet, those identified in the At Risk category by the SafetyDNA assessment were 11 times more likely to be involved in incidents resulting in OSHA recordable injuries. Identifying At Risk individuals early on in the selection process could have eliminated almost half of all work-related injuries in these organizations.

A global, multi-day development program to help accelerate development of next generation talents

Identify who has the right qualities and skills to succeed